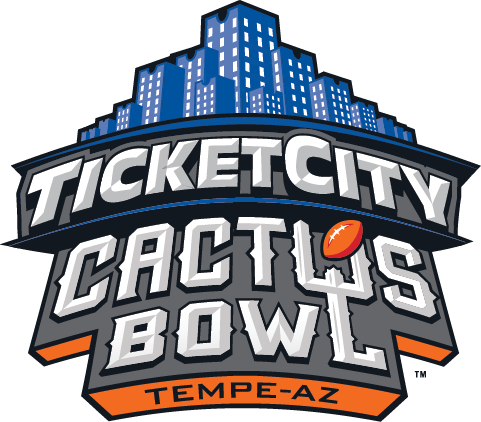 The 26th Annual TicketCity Cactus Bowl will be played on January 2nd, 2015 at Sun Devil Stadium in Tempe Arizona. The 2015 matchup will be between the Washington Huskies from the Pac-12 and the Oklahoma State Cowboys from the Big 12. Kickoff is at 8:15 MT.

About the TicketCity Cactus Bowl

TicketCity is a ticket marketplace that specializes in sports events and has been a leading destination for sports tickets since being founded in 1990. TicketCity previously sponsored the TicketCity Bowl in 2010 and 2011 and returns as the title sponsor of a bowl game in 2015 at the TicketCity Cactus Bowl. TicketCity is reliable connection to more than 100,000 events and backs every order with TicketCity's 100% Guarantee. TicketCity has one of the largest networks of professional suppliers and major media, college and pro team partners including CBS Sports, Baylor Bears, Vanderbilt Commodores, and Houston Cougars. The TicketCity team has over 2 million hours of collective experience and has an on-site presence at major sporting events. TicketCity is committed to giving back and supports numerous community organizations including the American Cancer Society, Make a Wish Foundation, Capital Area Food Bank, Susan G. Komen and The Thinkery.